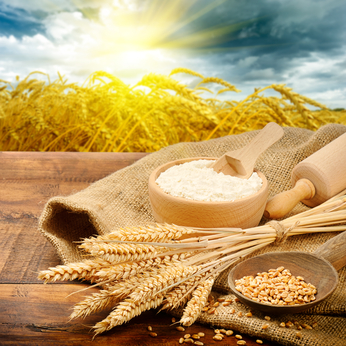 Many of us are familiar with disturbing symptoms with no apparent cause.

We may be experiencing what doctors refer to as T.A.T.T. {tired all the time},stomach upset ,bowel disturbances such as irritable bowel syndrome,( IBS), skin problems,runny nose,(non seasonal),some wheezing,fluid retention,weight gain,despite our best efforts to lose it  (under active thyroid has been ruled out).

Perhaps we have an ongoing series of debilitating symptoms and the medical fraternity are puzzled. The problem may well lay with food intolerances.

These are difficult to pinpoint but a simple drop of blood obtained from a pinprick can reveal the presence of IgG antibodies against specific foods.I offer food intolerance testing followed by a comprehensive follow on consultation once the lab results come back.

What is homocysteine? Homocysteine is a naturally occurring amino acid which is a natural by product of methylation. And what pray tell is methylation? Methylation is essentially the very dance of life which keeps all of our cells on the edge of chaos, as everything shifts and moves within us to keep equilibrium in our bodies. Substances are constantly being transformed into other substances and then changed back into themselves again .This occurs through the assistance of methyl groups or donors. Basically a methyl group consists of three carbons and one hydrogen atom These VIP atoms are constantly added to or subtracted from other molecules in a kind of revisionist life dance. When we are under stress for example, noradrenaline which we need to keep us happy and motivated, is converted temporarily into adrenaline to give us that burst of super strength for those tough occasions in life and then it’s converted back into noradrenaline again. Methylation occurs a billion times a second in our cells.

When we ingest sulphur containing protein in the form of meat, dairy, eggs, chicken ,fish, seeds, nuts and some vegetables, the amino acid which carries that sulphur deep into the body is called methionine. Methionine is then through the process of methylation, transformed into homocysteine. Homocysteine is further transformed into cystathionine and glutathione( which is vital for throwing out toxins in our cells and is crucial to our liver, which produces it for detoxification}In a process called remethylation, the brain adds back a a methyl group to homocysteine to eventually convert homocysteine into SAME(s. adenosyl methionine}which is crucial in keeping down inflammation and regulating mood.

The problem with homocysteine is, it can remain too high and not disappear chameleon like into another substance .Levels can build up due to a number of factors, including stress ,poor diet,smoking ,alcohol ,certain illnesses and an inherited deficiency of an enzyme called MTHFR (methylenetetratehydrofolate reductase ).Luckily, unpronouncable names get a bypass!Something like 10% of the population have inherited this deficiency.

High homocysteine levels in the blood can lead to the build up of plaques in artery walls and can lead to strokes and heart disease. Also Alzheimers and dementia are linked with high levels of this amino acid .It’s also thought that chronic depression especially in women is linked to it, as is migraine, diabetes, osteoporosis and cancers. Repeated miscarriages are considered to be linked also. Certain illnesses carry a risk of elevated levels, such as under active thyroid,rheumatoid arthritis,coeliac disease ,crohn’s and ulcerative colitis. Certain medications may increase levels, including proton pump inhibitors.

The question is what to do about elevated homocysteine and how does one know what level of it one has in blood plasma?The answer to both questions is relatively simple.I offer a simple pin prick blood test, as for food intolerance testing and this can assess levels in the blood.The solution for high levels is simple an array of mainly B vitamins, zinc and TMG(a nutrient called trimethylglycine}.B vitamins are the intelligent nutrients which ,without their assistance all our cells would remain rigid and inflexible in their capacity to report for duty!It is these vitamins which aid the methylation process to occur. They are the co factors which are vital for the enzymes involved in this dynamic transformation to work. Depending on a person’s homocysteine results ,then a daily regime of supplementing with the above named nutrients is recommended. Levels are retested in three months.The higher the H score the higher the supplement dosage. Many of us have homocysteine scores in the sub optimal range and a small percentage may have a score in the highly dangerous category which leads to a significant risk of heart attack or stroke. In the early stages , a person be asymptomatic ,so feeling good right now may be a false sense of security. Why not get homocysteine levels tested and rest assured that the dance of life is choreographed exquisitely even when you sleep?!